Epic Games has finally confirmed when the Naruto Fortnite skin comes out. There is a lot of speculation about the popular anime character Naruto emerging as a new skin in Fortnite, and here’s everything we know about it, including a possible release date for the skins. For some time now, one of Fortnite’s worst secrets is that Naruto will appear in the game as a new skin. The official Twitter account of Fortnite has confirmed that Naruto will be making its way as skin this month. According to Fortnite’s official Twitter account, Naruto will land on Fortnite on November 16. Unveiled on Twitter last night, Epic simply tweeted “Coming Soon” along with a promotional image that reads “Fortnite x Naruto Shippuden. We don’t have details on specific characters or new items at this point, but at least we know the alleged crossover. From the looks of it, Fortnite Naruto’s release date will take place on Tuesday, November 16, 2021, so there are only a few days left before we can taste everything he has in store for us.

Fortnite will roll out with Naruto over the next few days, with a new skin, cosmetic set, and even a dedicated creative hub. Naruto isn’t the only major franchise to have a major partnership with Fortnite this month.

However, little is known yet. The full scale of this crossover remains to be revealed as we only have an early image via the official Fortnite Twitter. Other than that, no other details regarding the crossover were made public during the press. The young ninja begins his story with a dream to become the head of his village.

Fortnite Season 8 is expected to conclude in the next few weeks (December 5), but until then, Naruto has a long-awaited appearance. On November 16, the Naruto anime franchise will crossover with Fortnite, and the characters available to play have been revealed. Epic Games announced that Naruto will be coming to Fortnite next week, adding a huge roster of characters to the game.

While the leaders were already spreading rumors that a certain ninja would appear in the battle royale, this time around Epic Games has officially confirmed the crossover with the hugely popular anime and manga series Naruto. We could enjoy everything that Fortnite Chapter 2 Season 8 has to offer.

Fortnite has poked fun at Naruto’s content for quite some time now, most notably the Shippuden series after the title shinobi in a major ninja world war. According to reports (and fairly significant leaks), Naruto X Fortnite was originally planned (or believed to be) for release alongside Season 8 as part of a battle pass, but that never happened. Now that Season 8 is ending and Chapter 3 is seemingly not far behind, Epic hopes to end the deal with the most requested crossover soon.

Rumors started in August and when the developer for Fortnite didn’t confirm that time, so many players stopped hoping for a skin. It was originally speculated that Naruto could appear as a battle pass skin in Fortnite Season 8 Chapter 2. Naruto will become the first anime character to be featured in Fortnite and this will open the door for a new collaboration with the anime industry between Epic Games and other animators. The hype surrounding Naruto has intensified lately after several leaks have hinted at his arrival at Fortnite. 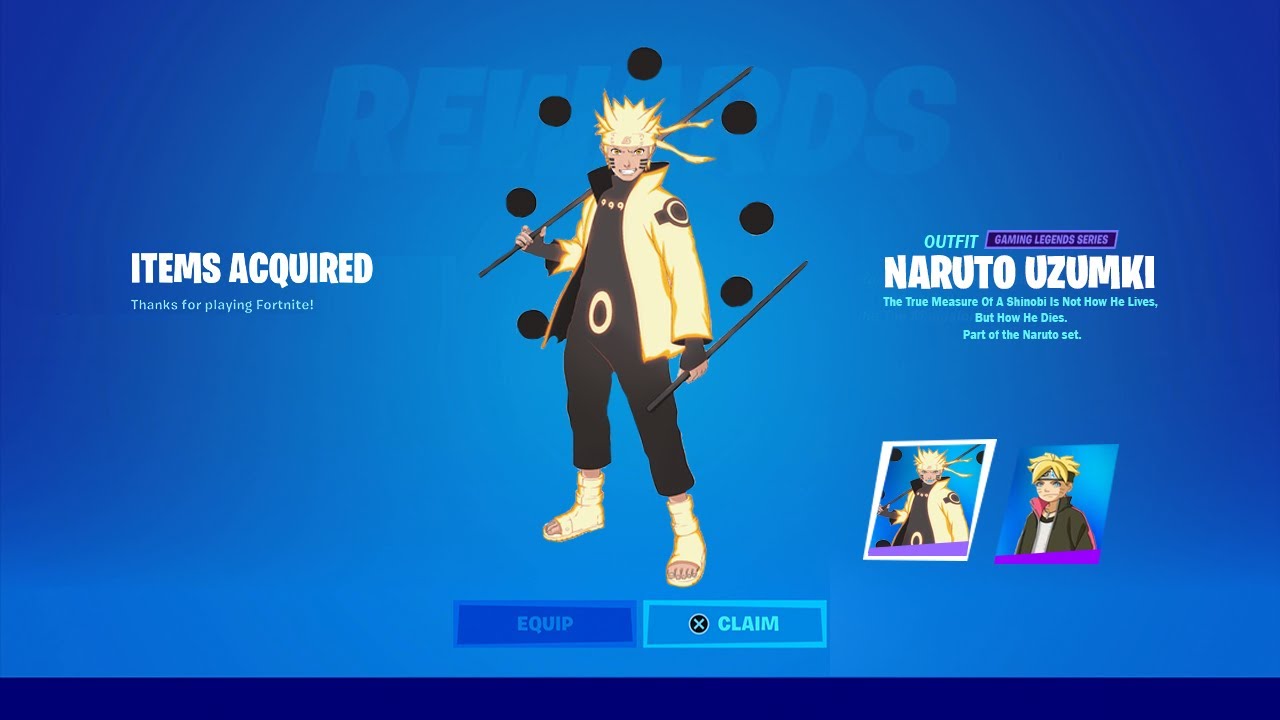 Some time ago, a Ninja Scroll and Ramen Cosmetics were added during Fortnite’s 6:30 pm update, and there were strong reasons to believe that they have something to do with the Naruto collaboration. According to a GameSpot report, “details of other characters and items are being kept under wraps” at the time of publication.
.
Hypex stated that the Naruto Fortnite skin will be released at 14:00 UTC, well ahead of the item store reset time. The cosmetics and center are expected to release on the same day at 9:00 are ET. So, to recap, Naruto content is expected to hit Fortnite on November 16 at 9:00 am ET. The official announcement came following a tweet from the venerable Fortnite leader HypeX stating that Naruto’s cosmetics and new Hidden Leaf Village creative center are on the way.

While Epic has yet to confirm which cosmetics will be released, this could mean that the anime characters skin will be available in the game before the end of Season 8, December 5, 2021. Purchase in Fortnite.: It will also appear on the map as a boss fight. I’m curious if Naruto will appear in Rick Sanchez’s animated style or if it will instead be Fortnite with a more 3D look. But with all of these things, I’d be surprised if we didn’t see him added to the game over the next week. The Naruto skin will only be available in-game. game cosmetics store. It is believed that the Naruto skin is already present in the files of the Fortnite game, codenamed Headbands.